The Warroo Project is contiguous to the east of Rumble’s Braeside Project and lies some 160km to the east of Marble Bar in the East Pilbara region of Western Australia. The project comprises of three exploration licence applications (ELA45/5365, ELA45/5366 and ELA45/5367) for a total area of 1082 km². The tenure is 100% owned by Rumble. 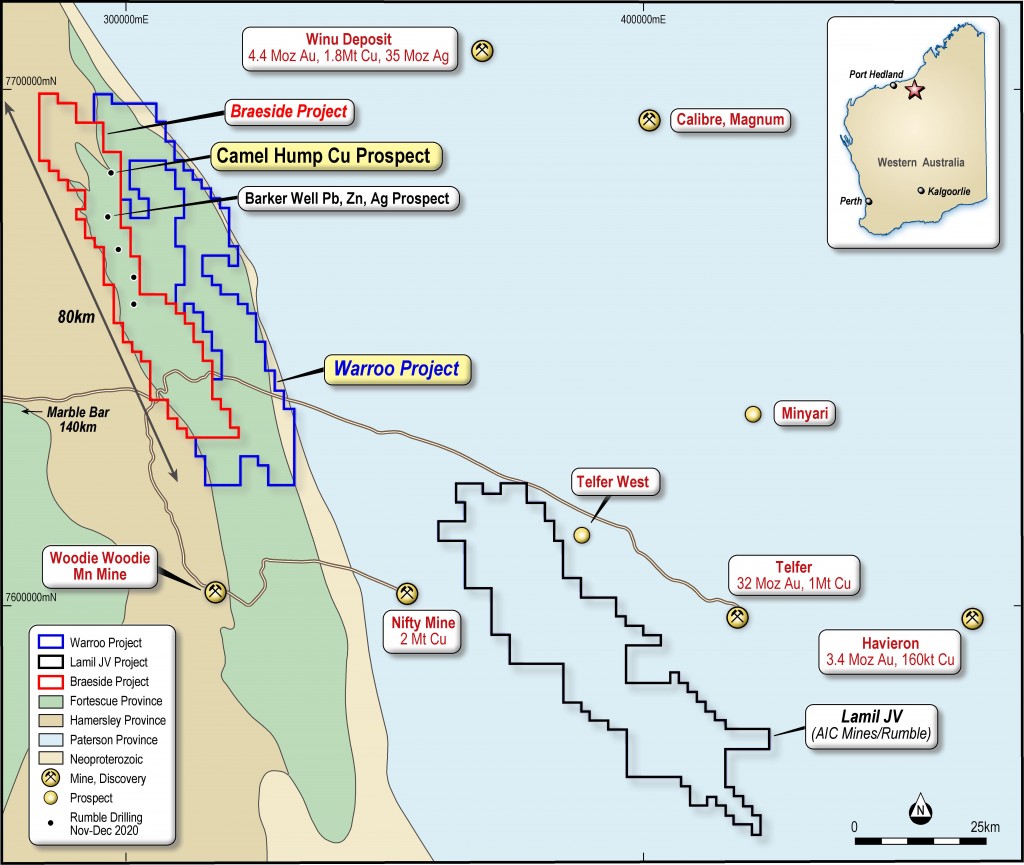 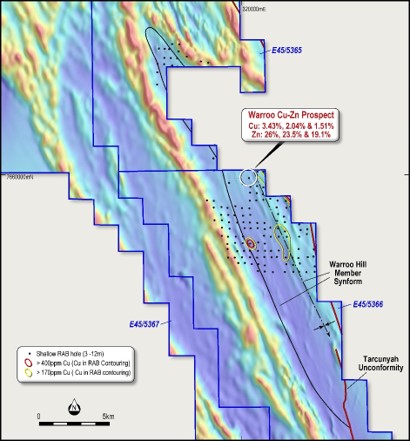 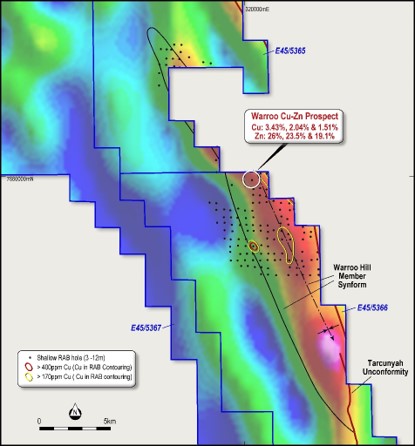 The host lithology to the copper mineralisation at Camel Hump has similar characteristics to the Warroo Hill Member lithologies.

The Camel Hump and Warroo Hill Member lithologies lie within the same corridor with respect to strike and structure.